I don’t know about you, but as a young youth growing up in Sydney (say between the ages of 13 and 16), the go to social networking site was Bebo. Sure, MySpace and Hi-5 were around back then, but Bebo was the one that all the cool kids went on. 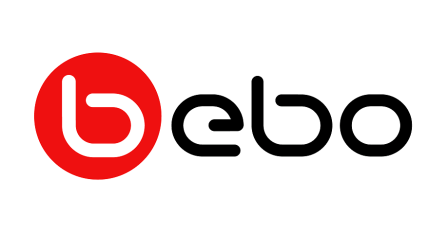 Now, we have Facebook and Twitter and Instagram and Tumblr and all of the above, and pretty much no one uses Bebo anymore. Why? Because Bebo simply became outdated. It’s the unfortunate truth with trends – they all go out of fashion eventually. Regardless of this – and my love for Facebook – there are several things that I miss about that good ol’ red B.

What I miss about you…

[x] Share the luv. How grand was it pestering people to give you “luv” so your little love heart count could top that of your high school rivals. I specifically remember having a pretty damn high luv count compared to those of my high school classmates and I always felt the need to brag about it. How did I get such a high number of luv? Via pestering, of course. And “luv for luv”.

[x] Flash boxes. Remember how you could have a video or some other form of “flash box” play on your Bebo profile? Wasn’t that the coolest thing ever? I remember my first flash box was Control Myself by LL Cool J ft. Jennifer Lopez. I don’t even know why; I didn’t even like that song that much. After, however, I managed to get Pacman into my flash box and became the coolest kid on the block. Subtle JLo reference. It just added that extra zing to your profile to establish just who the hell you were in the land of Bebo.

[x] Top 16. You knew your relationship was real when you were in each others top 16. It was cool but also quite pressuring to establish your top 16 because if someone had you in their top 16 and the feelings weren’t reciprocated, well, that just made it awkward for everyone. Of course, to make sure this didn’t happen, there were always “I’ll put you in my top 16 if you put me in yours” conversations. Problem solved.

[x] Other halves. Aww. You had your friends, you had your top 16 friends, and then you had your other half. This person would get their own little space on your profile with a cute little message attached to them. The twelvies would always have their flavours of the week with “luv u bbygurl s2” which was awkward because they always broke up like five minutes after. I can happily say I had under five other halves and they were never romantic counterparts.

[x] Photo stealing. How annoying is it if you want to steal someone else’s picture on Facebook and then re-upload it onto your own profile? That’s a long tedious procedure if you ask me. Back on Bebo, all you had to do was select the picture you wanted to steal, click “Copy”, pick an album to put it in, and voila – it’s there. No bruises or scratches.

[x] Custom skins. What was originally made famous on MySpace became a big thing on Bebo. While we’ve become accustomed to the Facebook blue default skin and probably couldn’t care less about it, the cool thing about Bebo was the option to pick a cool profile skin and jazz it up a bit. I once dabbled in creating my own Bebo skins and came up with cool WWE Diva skins, like Mickie James and Torrie Wilson. Complete with “Made by Noah La’ulu” tag, of course.

With news that Bebo is making a comeback and will be better than before, may we see the return of luv sharing, flash boxes and other halves? Hopefully. However, I will give my honest journo’s opinion – I don’t see Bebo toppling Facebook at this point in time. It’ll be nice to see them try, though.

Much luv to all of you SolSatters!