NOTE: The names in this article have been changed for privacy reasons.

Daphne was only 15-years-old when she was sexually assaulted by a man nearly double her age. She had already been going through a lot for a teenager to deal with but this crime nearly pushed her over the edge. 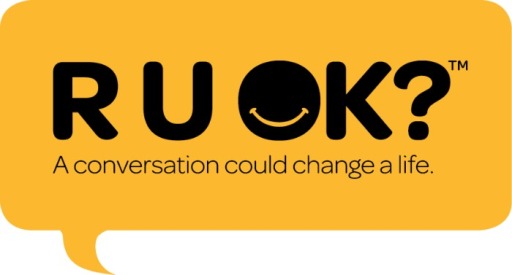 Three words could save someone’s life.

As a teenager, Daphne had a low self-esteem; all her friends were getting boyfriends and were living the “dream life” while the only boy that Daphne ever loved had denied her, requesting that they only “stay friends”. Desperate for that connection with a male, she turned to seedy online sites in an attempt to find that romance. After many failed attempts at finding love – including men who sent her indecent pictures of themselves – she met Dean. A tall, lean and handsome man at 29-years-old, he offered Daphne everything she ever wanted in a boyfriend and more.

“It was comforting to know I had someone to turn to,” she said.

At first, everything was so sweet that it was surreal. He admitted his deep feelings for her after a short period of time and Daphne, being naive and young, felt that she loved him as well. She couldn’t wait to move out with him and start her “dream life”.

It wasn’t long after, however, that Dean became more perverted and obsessive over his much younger girlfriend. He began requesting nude pictures of the girl who obliged to satiate her man. His requests to meet her grew more urgent and her overwhelming need to keep Dean happy ultimately took over and she agreed to meet him.

One night, he picked her up in his car and the couple drove off to a nearby park. Daphne knew something was going on but she was too scared to say anything. Dean began to pressure Daphne into engaging in sexual activities and Daphne didn’t feel comfortable. She told him no several times but he insisted that it was the right thing to do.

“I had told him that I was down for whatever, but really, I was talking myself up. I knew I wasn’t going to do anything,” she said.

Dean grew tired of Daphne turning him down, so he took matters into his own hands. He pulled his pants down and climbed on top of her and pleaded her to have sex with him, all the while giving her no say in the matter. She screamed. As much as she pushed him, Dean was relentless in his advances on the girl. Finally, after seeing a break, Daphne managed to kick him in the face and escaped the car, a complete emotional wreck.

“Lucky I was near home, otherwise I wouldn’t have known where to go.”

Dean hurled abuse at her through his car window as Daphne ran home. She disappeared into her bedroom without telling her family or friends what had happened.

Having her heart broken, her trust destroyed and her mental stability demolished, Daphne thought of “an easy way out”. The following night, Daphne tried to hang herself, but as fate would have it, she was not successful.

“It was the lowest point in my life,” she said.

Daphne’s family had discovered her pictures and conversations on her computer and confronted her, which led to her confessing to her family what had happened with Dean. However, he disappeared off the radar and Daphne was unable to report him to the police as it was found that he had given her a fake name.

Now 20-years-old, Daphne thinks of the situation as a “terrible but important learning experience”.

“It toughened me up and has made me the woman I am today,” she said. “Looking back at it, I wish I would have spoken to my friends or my parents about it.”

It’s for this reason that Daphne is a big advocate of R U Ok? – a non-profit organization dedicated to encouraging conversations to prevent suicide. She feels as if someone would’ve asked her this simple question, her choices may have been different.

Daphne also remembers a time where she saw Dean briefly at a shopping centre when she was 18-years-old where he was with another young woman, probably around her age.

“I froze,” she said, “I didn’t know what to do, so I just froze. He walked past me and didn’t look at me, and it was one of the biggest reliefs of my life.”

5 years on and the experience still haunts Daphne, although to a much lesser extent. She believes that she has anxiety due to the bad memory, as she suffers from panic attacks occasionally. I admired how brave she was to calmly talk about this to me and how confident she was.

If you see a friend that looks unhappy, a simple three word phrase like “R u ok?” can do so much for that person.

Another three word phrase to keep in mind: “No means no.”