I was sitting in my bed and I recounted a time when a certain angry someone decided it would be a jolly idea to fling me a text saying “Dedicated this song to you on the radio”. At the time, I was in the mindset that we had become friends, so being full of hope and also as naive as a porcelain doll, I looked up the song. Ricochet by Shiny Toy Guns. From my understanding, it’s about a slut that bounces from man to man and messes with their minds as she does so. 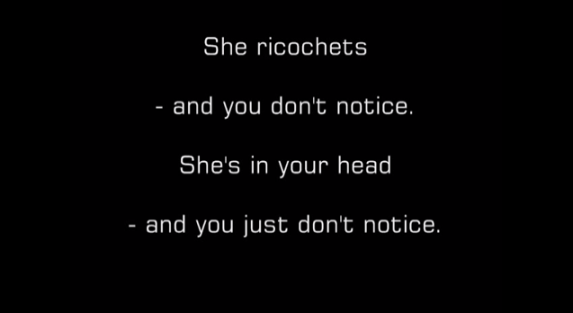 At the time, I found it extremely offensive and borderline criminal; now, I laugh about it and think it’s funny that someone went to so much effort to try and make me feel bad. And, to cheer myself up, I thought about a few other songs that would’ve been worse dedications to me on national radio, such as:

Eamon – Fuck It (I Don’t Want You Back)
Possibly the most degrading song ever made in the history of music, if the title doesn’t tell you just how insulting this song is, let me spell it out for you: you’re a slut and he don’t want you back. F what he said, f your presents, f your kisses and f you’re a ho. Although, if you do have this song dedicated to you and there’s a reason behind it, you probably deserve these scathing comments. Cheaters never prosper. Remember that.

Daphne and Celeste – U.G.L.Y
Again, if this title doesn’t spell it out for you (which it should), I’ll expand on it for you: you are that ugly that there is no possible alibi or reason for you to be that ugly. With lyrical curiosities including “You walked up to me with your buck teeth a-gleaming” and “You hurt the trees feelings and the birds all flew”, you’ve got to be one bad looker to warrant having this song dedicated to you. Don’t worry though; they probably don’t mean it. Oh wait a minute. They do.

Jojo – Leave (Get Out)
I can’t imagine what you must have done to get this song dedicated to you. Oh wait. Yes I do. You cheated on your girlfriend (or boyfriend) with her/his best friend. Who does that? So, if you ever hear “Now this next song is dedicated to (insert your name here)” on the radio and this song follows, if the repetition of “Get out! Leave! Right now!” doesn’t drill the message into your head, it’s simple: pack up your things because you have just been dumped on national radio.

Stacie Orrico – I’m Not Missing You
Continuing on with the “cheating arsehole” theme, this song puts a twist on the vengeful other: they don’t miss you in the slightest. In fact, your act of infidelity has made them a stronger person and they don’t care about you anymore. Ouch. I bet that stings. I don’t know what’s the bigger zing – the fact that they are publicly outing you as a cheating arsehole, or the fact that they don’t even care about what you did.

Cobra Starship – Hot Mess
Now to end this article on a slightly better note, this song can be taken two ways: someone is falling for you and thinks you’re the bees knees, or someone is unintentionally pointing out your feral-ness. It’s how the term “hot mess” works – it’s either a huge compliment or a huge insult. With lyrics including “You think you’re hot shit, oooh, I love it” and “Stumblin’, but yeah, you still lookin’ hella fine”, there are some parts of the song you’ll have to avoid if you choose to take this as a compliment because, let’s face it, no one loves “that” drunk girl/guy.

Now that I think about it, compared to these songs, being called a slag that bounces from person to person and messes with their mind is a huge compliment; in fact, they are pretty much calling me a black widow – and boy, do I love black widows. Thanks for that song dedication, mate.