Firstly, I’d like to make a quick shout out to my brother William who turned 23 on Friday! As tradition suggests, we had to do whatever he wanted, and that included watching the movie adaptation of Divergent, featuring my not so favourite actress, Shailene Woodley. I’m sorry but her character on Secret Life was irritating. #justsaying 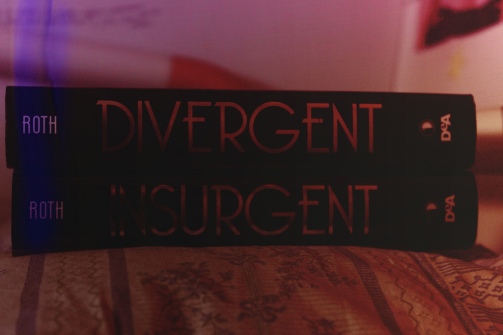 Divergent tells the story of a post-war America that has a very specific but detailed way of living: inside their gated, unharmed-by-war community, the people live in five different factions: Abnegation, for those who are selfless; Erudite, for the brainy; Amity, for the peaceful hippies; Candor, for the sometimes-brutally honest; and Dauntless, for the brave and reckless. If you are not fortunate enough to fit in a faction, you are deemed “factionless”, which basically means you are dirty and homeless.

The film follows a young lady named Beatrice (later named “Tris”, as if that was a good idea), who was born in and lives with her family in Abnegation. Once people hit a certain age or stage of life, they are tested to see which faction they most fit, although they are given the choice to choose their own faction regardless of the test. Beatrice goes to get her test… uh oh. She fits all of them. She is a “Divergent”, which is basically a free-spirited rebel. Just to put things into perspective, being a Divergent is like being wrapped in raw meat and thrown into the Pacific Ocean.

My first observation of this movie was that it was very hard to follow. As soon as you are thrust into the movie, there are lots of facts and information thrown on you and it is your job as an observer to keep up. If you can’t keep up, tough titties! The movie goes on with or without your understanding. That, to me, was a very defining factor in my eventual disliking of the film.

The story of the film is very unique, and that’s a positive and a negative in its own right. It was an interesting way to tell a post-war America besides the usual “everyone is under arrest and some youthful rebel escapes and kills everyone”. In saying that, it was difficult for those unaware of the original story to follow. I thought the test was like the Sorting Hat from Harry Potter and you had no say in which faction you join, until Beatrice’s parents were crying and she was being dragged away.

The acting, for all intents and purposes, was okay, possibly saved only by my fair lady Kate Winslet (subtle shout out to Miss Benedicte Earl). As much as I don’t like her, Shailene Woodley is a decent actress. She is easy to believe as her character and she doesn’t have Kirsten Dunst face (a face that has no emotion whatsoever). Theo James, who was an unknown to me until this movie, looked as if he was trying too hard in my sweet and humble opinion. He’d be trying to act really hard and tough and scary but then would duckface his lips. It was quite funny to watch. Oh, and Jai Courtney was Eric was phenom. Mr. Courtney has found himself a new fan.

I get that the producers had a lot of content to fit in the film so not to disappoint the book fans, but man Divergent is one long ass movie. If my phone wasn’t dead in the cinema, I would have been constantly checking the time. As a plus, however, there was some humour thrown into the film that I found quite refreshing from all the serious faction stuff.

I think if I had read the novel before watching the movie, I would have enjoyed it more, but the intensity of the film was too much for me to personally take in. The intent was there to deliver an excellent movie, but to me, it flopped pretty badly. I would recommend watching it, but maybe later when it’s out on TV or something.