The long-awaited sequel to The Heart Wants What It Wants has finally hit the digital shelves!

I’m very excited to release the sequel to my first novel entitled Lighthouse, featuring more antics from Devlin Blackthorn and Jase Morgan. Not to spoil the the ending of the first novel, but the sequel explores Devlin’s unique search for love.

Once again by the delicate hand of Vivienne Pintado.

For all vendors of the digital copy of the novel, you can find at this one universal link.

For Spotify users, please enjoy this unofficial playlist while reading the book. It will definitely set the tone.

To make The Heart Wants What It Wants a bit more accessible and interactive, I have constructed profiles on the main characters from this novel for your entertainment.

It is important to note that these picture bases of the characters are the most accurate physical portrayal of the character out there and not the actual character. Without further ado, here is the second character profile! 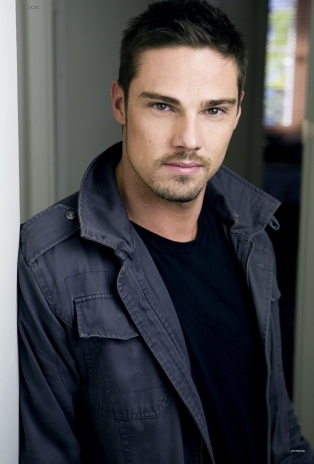 Full name: Devlin Jude Blackthorn
Age: 24*
Date of birth: January 27, 1990
Star sign: Aquarius
Height: Five-foot-eleven
Weight: 200 lbs
Hair colour: Dark brown, almost black
Eye colour: Green
Occupation: Sports reporter for the Velvet Chronicle
Notable physical features: I have no desire to get any piercings or tattoos.
Hobbies include: Cooking animal-friendly meals and snacks, daydreaming, yelling at stupid people, renting and wearing ridiculous costumes to parties.
One day I wish to be: A journalist whose work has changed the world.
Favourite food: Vegetarian lasagne, more importantly, MY vegetarian lasagne.
Least favourite food: Meat. Or seafood. Urgh.
Favourite movie: Sleepless in Seattle. How can you NOT love Sleepless in Seattle?!
Least favourite movie: Does Kim Kardashian’s sex tape count?
If I could be someone else for a day, I’d be: Carrie Bradshaw… you didn’t say they had to be real.
Favourite musician: Gwen Stefani
Favourite song: Underneath It All by No Doubt
Favourite book: Jane Eyre by Charlotte Brontë
Favourite TV series: Sex and the City
Likes: Animals, the perks of being a journalist, throwing a football around, watching sport, staying in fancy hotels for free (thanks Monique!), spending time with Jase and also crushing him in every competition.
Dislikes: Stupid people, dealing with the backlash from angry fans on social media, losing or relinquishing control of a situation or feeling, being told I can’t do something.
Quote to live by: “Love is like the wind; you can’t see it, but you can feel it.” ~ Nicholas Sparks

To purchase The Heart Wants What It Wants, click this link here for several e-book purchasing options.

*Age at the time of this novel

So, my pride and joy is up and ready for everyone to read!

I have been so excited to share this with my friends and family and those who follow my blog. After years of writing it – and long days and nights of editing it and making sure it was ready to sell – The Heart Wants What It Wants is now up for sale.

By the delicate hand of Vivienne Pintado.

As more vendors list my book, I will update this post accordingly. It is currently only available in e-book version, but paperback copies may be available to buy at a later date. You can purchase The Heart Wants What It Wants from the following vendors:

For Spotify users, please enjoy this unofficial playlist while reading the book. It will definitely set the tone.

I didn’t think I’d be ready for this. While I was quite fond of Sara and Max and Hanna and Will, neither of those couples got to me like Bennett and Ryan. I mean, we got to spend time with them in Beautiful Bastard, Beautiful Bitch and Beautiful Bombshell, and now for the fourth and final time (sixth book in the series), the Bastard and the Bitch are getting married. 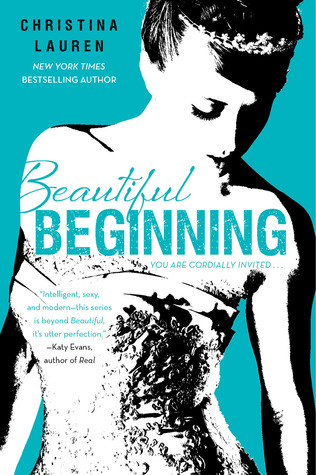 What a blushing bride!

We’ve been down the road Chloe and Bennett have to reach this point, and finally, the erotic fairytale is coming to its beautiful ending. Although it wouldn’t be a Chloe and Bennett story if there wasn’t some sort of twist to it. Bennett wants to make sure that their wedding is perfect, so much that he has sworn celibacy from Chloe for the week leading up to the wedding to guarantee that they have room shaking wedding night se. Of course, Chloe isn’t happy about that. Add that to the stress of planning a wedding, and we have ourselves a Christina Lauren story.

I quite enjoyed this novella, solely because the intense physical attraction Bennett and Chloe have for each other – like it’s actually ridiculous how much they want to go down on each other at the most inpportune times – is still as high as ever, but on top of that, they have a love you can actually feel. While they may shag like rabbits, Bennett and Chloe also love each other, and if any point is to be taken away from this final novella, that would be it.

I felt as if Beautiful Beginning didn’t have a clear purpose other than to marry the two main characters from the series. To me, the storyline seemed to be a bit all over the place and at times I was wondering what on earth was happening, but really that point is moot because the ending we all wanted happened. Chloe became Chloe Ryan and Bennett became Bennett Mills.

Chloe is as feisty as ever, as she is the literary manifestation of a 21st century woman. Bennett is, well, Bennett Ryan. Sa-wooooooon. I can’t say anything more about these two characters than I have before. They are both great in their own right and while they may bonk each other more than I care to see, they are both strong characters and protagonists that readers can really get behind.

I love how the other two stories were also wrapped up in this novella. SPOILER ALERT. DO NOT CONTINUE READING IF YOU HAVEN’T READ THE PREVIOUS BOOKS IN THIS SERIES AND PLAN TO. Sara and Max are expecting a baby – and are also still apparently bonking like rabbits – and Will proposed to Hanna at the most unexpected time. Kudos to both of those couples.

Christina Lauren wrapped up this series in a nice little bow, giving readers the happy ending they wanted. Now, it’s time for Bennett, Chloe, Max, Sara, Will and Hanna to step aside as Christina Lauren venture into other characters’ territories.

Edit: Turns out I am wrong. This isn’t the final installment in the series. There is more sexy fun coming your way!