Admit it. You loved Runescape as much as every other kid did.

A girlfriend and I have since rediscovered our love for the iconic MMORPG game and have been playing the oldschool version again, which you can find at this link. Since the game has since updated to accommodate the younger generation, I decided to list the things that made the old school version so iconic. 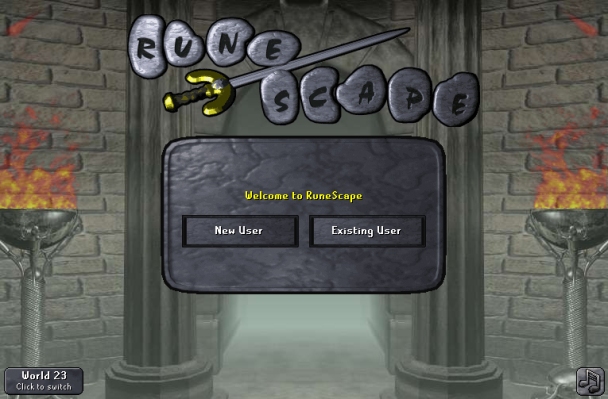 From smithing your first bronze plateskirt to following someone around so you didn’t have to click your own way to a destination, these are the six moments that stood out to me as Runescape’s finest.

1. Finishing the damn tutorial island
If you are like me – and most Runescape players will empathise here – then you are not content with making just one account. Instead, you want to make several. (Some of my past horrendous accounts include “Daphne Bijou”, “Farah Hilary” and “Angelina Luv”). But what awaits every new character in the game is the tutorial island. Sure, it comes in handy if you’re new to the game and basically teaches you how to survive Runescape, but if you’re on your 50th new character, then you don’t want to be in tutorial island. At all. You have tried to speed through the island, and the other noobs around you are wondering why you are moving at such a high speed, because you just want to get to the nitty gritty, which brings me to my second point.

2. Levelling up at the cow farm
Now I acknowledge that there are probably several other farm-related places with cows you can use to level up, but I am talking about THE cow farm; the one that’s just off Lumbridge where Gillie Goats the milk maiden is waiting with two untouchable milkable cows. If you went somewhere else to level up your new level three character, you’re lying; everyone and their dog came here to start off their battle skills. You could spend hours or even days in this one place, slaying these poor innocent cows, picking up their bones and burying them, and then taking their meat remains to cook and eat. I mean, there’s nothing cruel about eating beef while killing a cow, right?

3. The Wilderness
Remember when it was possible to accidentally wander into the Wilderness and then you were confused as to why other players were killing you? For those of you who may not know, the Wilderness was the only set location where PvP action was allowed. In other parts of the Runescape world, you are not allowed to harm other players. I remember once following some dude who promised to give me Runescape money, only for him to take me to the wilderness and kill me with one slice of the sword. Lesson learned: don’t follow strangers who offer you money in a video game.

4. The Stronghold of Security and its colourful reward
An interesting way Runescape taught its players about account security was through the Stronghold of Security, which was a four level “labyrinth” that consisted of magical gates that you could only pass if you knew the answer to a question regarding account security. Some of these questions would range from “Where can you find cheats to Runescape?” to “Your friends wants to use your account to pass a quest. Do you let them?” (DISCLAIMER: paraphrasing here.) You would pass through the gates while avoiding or battling against the monsters in the labyrinth (these monsters would grow increasingly more difficult the further down you went, so avoiding them was generally the way to go), and at the end of each level came a prize. The prize at the bottom floor of the Stronghold Security? A choice of boring brown boots, or SUPER DUPER COOL RAINBOW ONES.

5. Random events
As the name suggests, these were seemingly random and could happen to you anywhere at anytime. Basically, you could be strolling through the lands of Runescape and then a creature or person would appear out of thin air, offering you some sort of service or gift. If you chose to talk to them, you would be taken off to some other world where you are told to complete a task for a reward. Some of these prizes included Runescape money, a Princess gown and a Frog head. There was no real point to these, unless you’re like me and you desperately wanted the sexy brown short shorts with the long white socks for your character. Which I still don’t have. Tear.

6. The run to your grave
So not everyone is lucky, and sometimes you will get into a battle and come out the losing end. It’s a video game. That’s fine. Respawning is always a thing… except for one small problem: if you die, you drop everything on you besides the two most valuable things in your possession, and you have about 60 seconds to get back to the spot where you died to gather the rest of your belongings before they disappear into thin air. If you had a friend nearby the time you died, you could get them to “bless your grave”, which gave you more time to run back to your grave. If you don’t make it back in time? Well, there go your belongings, and you have to start all over again.

If this article has enticed you to re-join the game, please send me a message and add me as a friend so we can get lost in the Wilderness together. Don’t worry. I won’t savagely attack you…