The Marvel Avengers video game has dropped recently and it has sparked a passionate reaction from fans; whether it was positive or negative, fans had a lot to say about the game that has been keeping people talking for years!

Captain America may be standing at the front, but is he the top Avenger?

After playing through the exceptional campaign, plus clocking up hours and hours of gameplay through the multiplayer war table, I can safely say that I’ve experienced a fair amount of gameplay as each character thus far (even if I have my favourites).

There has been a lot of debate over who is the most useful character of the six Avengers available for use, so here are my rankings for the best Avengers to use when battling A.I.M and Monica Rappacini’s skank face.

One of the more disappointing things about this game is playing as Iron Man. I was looking forward to it: he’s got cool gadgets, he’s funny, he can fly and shoot funky missiles and lasers, and he’s voiced by Nolan North for crying out loud. Except the flying mechanics are what drops Mr. Stark to the bottom of the list. The flying mechanism in the game is flawed, and when you want to sprint as Iron Man, instead of just running fast, he slowly glides. While his projectile attacks are efficient, his melee combat is weak compared to his teammates, and that is something I can’t forgive. 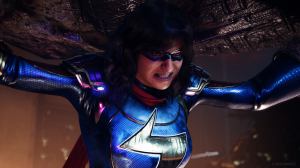 While being cute and relatable to most of the video gamers out there, Ms. Marvel’s super flexibility make her quite hard to control when battling robots. Her projectile attack of stretching out her arm in a punch isn’t the most reliable form of offence either; although I will say her Embiggen ability is probably one of the best abilities in the game. 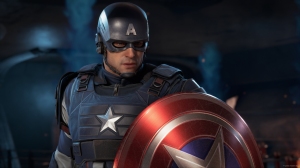 The appointed leader of the Avengers should be higher on the list if you really think about it, but his slightly-above-average fighting style cripple his ability to be in the top three. His best feature is his shield (to the surprise of none) which means his defence is easily the best of the team. However, with a strong defence comes a fairly weak offence, and besides his ability to throw his shield to ricochet between countless amounts of robots, his attacks leave a little to be desired. Cap is also the hardest to carefully ease around the map as he can’t fly (a la Thor and Iron Man), can’t grapple onto higher ledges (a la Black Widow and Ms. Marvel) and isn’t a giant green gamma monster capable of jumping easil to high places (a la Hulk… were you expecting someone else?) 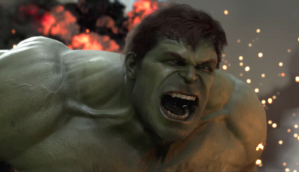 Someone who I wasn’t expecting to enjoy playing as but ended up really loving was Hulk. His brute strength coupled up with his love to “smash” *sexual pun not intended* makes him super fun to play as, especially when you grab someone and either start slamming them onto the floor, or even use them as a weapon as you swing them into other enemies. I also enjoyed that he wasn’t made OP like he probably is considered by the comics standard. His major downfall is his projectile attacking (throwing boulders) and his relatively tame special abilities. 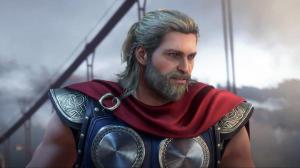 While Iron Man’s flying ability was whack, Thor was much easier to control since he didn’t slowly glide when put into sprint mode. His melee ability is very strong with or without Mjolnir, and his ability to use Mjolnir in his projectile attack, but then to pin that enemy to the wall while you beat the tar out of them with your fists is iconic. His special abilities compliment the team and his strengths well, even though I still don’t quite get how effective his Bitfrost ability is… maybe I’m not using it properly. 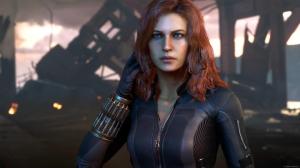 Admittedly, there is slight bias here because Natasha is my favourite Avenger, but the Black Widow trumps the rest of the Avengers in terms of overall ability. She is super quick to speed around the map and use her Widow’s Line grapple to zip around high places easily and also zoom into battle by latching onto an enemy; her melee ability is top notch with her quick and effective strikes and Widow’s Bite; her projectile attacks with three different types of guns are also super effective when you know how to use them properly; and her invisibility team effect is probably the best passive ability of the bunch. Her gameplay style isn’t hard to wrap your head around if you’re a casual gamer, and once you’ve mastered the Widow, you can conquer the world.

There you have it. The only one without any special powers or enhanced abilities is the best one of the group. Don’t blame me – I didn’t make the rules.