Why was I blessed with the love of trashy reality TV?

November 12, 2020 was very special to me for three reasons:
1. It was my best friend Sian’s birthday (happy birthday girl!);
2. I received my PS5 which, as of writing the day after, is still on installing all of my games and updates, and;
3. The pilot episode of Real Housewives of Salt Lake City debuted! 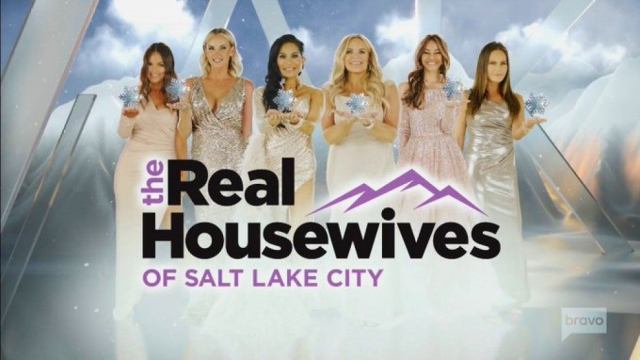 A bunch of Utah queens… Jen and Heather are also pictured.

I have been looking forward to this particular installment of the Real Housewives franchise for several reasons. For starters, my granddad lives in Salt Lake City and I’ve been there a few times to see him, so I’m quite familiar with the city itself. Furthermore, all my immediate family are Mormon (I’m not, but that’s irrelevant) so I have a good understanding of the Mormon church and culture and wanted to see if the housewives who identify as Mormon fit that understanding (spoiler alert: they didn’t).

So while my PS5 was installing game updates, I booted up my Chromecast and began watching the first episode of RHOSLC. I was pleasantly surprised, troubled, but most importantly amused by the episode.

Here are some of my first reactions to this episode:

SPOILERS AHEAD. YOU HAVE BEEN WARNED.

1. Jen Shah is an actual moron
I’m well aware that the Real Housewives franchise are full of larger than life characters, and I really like some of them (Erika Jayne, NeNe Leakes etc.) Jen Shah is a larger than life character, however she is an obnoxious, self-centered larger than life “character” who planned a “birthday party” for her “friend” but made it all about herself, and not in the funny way either. At no point did I find myself liking her, and I’m already looking forward to the day where she’s dropped from the show. In saying that, I don’t think she will be, as her type of personality is what makes these shows so iconic, so unfortunately she’s probably here for the long run.

2. Meredith’s son Brooks made an iconic decision
We’re introduced to Meredith, her husband, and her son Brooks. Brooks apparently decided to take a semester off uni/college/whatever they call it in the US to spend more time with his family. Translation: he took a semester off uni to be featured on RHOSLC because he found out his mother was cast as a housewife. Iconic.

3. Whitney is a skinny hilarious Queen
Look. I’m not gonna lie about it. Watching the preview videos and especially the taglines for this show, I was not impressed with Whitney at all. She’s proud of having an affair with a married man 18 years older than her, and her voice makes me want to bang frying pans together to drown out the noise. Watching this episode, however, changed my mind completely. She’s gorgeous, she’s true to herself, and is so adorably ditsy that I see myself in her. Come on Bravo… let’s give this Queen the more air time that she deserves!

4. This drama smells like a hospital
The major drama in this episode, which will apparently be continued in episode two, was that Mary told Jen that she smelled like a hospital. That was it. That was the drama. To make it even more strange, Mary has a long back story about why she’s traumatised about the smell of hospital, and Jen believes that Mary shouldn’t have said it because Jen was taking care of her aunt who had both legs amputated at the hospital. The Rinna/Kim restaurant fight in Amsterdam is embarrassed by this hospital smell shit.

5. Heather is an acquired taste
The name Heather is synonymous with beautiful, popular girls due to Heather Chandler’s revolutionary impact. Heather from RHOSLC apparently missed that memo, as not only is she unbearably deluded, but her emotional attachment to getting acknowledgement from Lisa is actually pathetic. If someone claimed they didn’t know me even if they did, I’d shrug my shoulders and move on. Heather is apparently going to start drama about it. Grow up, Heather.

6. Lisa is a bad bitch
You know when you look at someone and you can just tell they’re a bad mf bitch? Enter Lisa Barlow. Not only does she appear to be so unapologetically herself, but I’m also lowkey a fan of the way she disregarded Heather’s petty ass (refer to above). When starting a Real Housewives show, you quickly pick your favourites, and Lisa Barlow is clearly going to be my favourite.

7. Why is it a chalet and not just a house?
The first housewife we’re introduced to is (unfortunately) Jen. You’ll quickly see that the lower third states that you’re in “Jen’s Chalet”. No. Not her house, or her home, or even her mansion. It’s specifically a chalet. I don’t know if this is just because I can’t stand Jen, but how f’ing pretentious.

8. Mary = style icon
Our first glimpse of Mary is when she’s meeting up with Skinny Queen Whitney for drinks. Mary is seen wearing a very eccentric outfit, which others have slammed as bad fashion. I, on the other hand, love it. I always appreciate out there bold fashion choices, and while I personally wouldn’t wear Mary’s outfit, she rocked it like a boss. But on the other hand…

9. Who forces their granddaughter to marry their husband?
Mary’s grandmother died, and in her will, it was instructed that ‘one of her girls’ has to marry her husband to inherit her legacy. As it is, Mary ended up marrying her step grandfather, and it’s made out as if it was completely against her will but she did it anyway. Wtf.

I’ll be frank: I don’t watch Real Housewives shows for some quality television because I’m well aware they are trash. But sometimes good trash is what you really need, and I cannot get enough of this good trash.