I have enough time to pretend to run a wrestling company and run this site. I must be Superman.

TEW 2013, or Total Extreme Wrestling 2013 for those of you who aren’t in the know, is a wrestling simulator where the player can choose to book or totally own his/her own wrestling company. At first, with the default database, players can choose from fictitious wrestling companies with cartoonified wrestling personalities.

If you download the right database, of course, then you can run (or pretend to run) real life companies such as WWE and TNA. Me? I’ve been a WWE guy all my life. 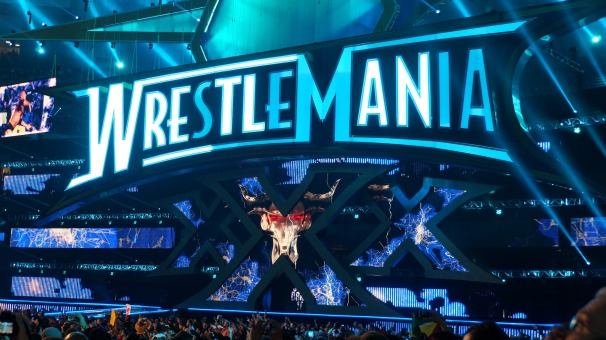 How would Wrestlemania 30 have turned out if main evented by Daniel Bryan and CM Punk? (SOURCE: Miguel Discart’s Flickr photostream)

Now, as a way to fill space on my website, I present to you… Noah’s Wrestlemania 30!

Main card
Match #1
Randy Orton w/ Stacy Keibler vs. Christian
Ever since costing him a World title opportunity, Christian has had it in for Randy Orton. The two men had embroiled in several unsanctioned brawls and beatdowns and they were finally given the chance to settle their differences at Wrestlemania.
Winner: Randy Orton

Match #3
Dolph Ziggler vs. Cody Rhodes w/ Charlotte
Dolph Ziggler showed why he is dubbed “Mr Steal Your Girl” after pursuing Cody Rhodes’ girlfriend, Charlotte Flair. Rhodes didn’t take too kindly to this and began physically tormenting Ziggler. The two men were given the opportunity to duke it out at Wrestlemania with the devious Charlotte at ringside.
Winner: Dolph Ziggler

Match #4
Kelly Kelly (c) vs. AJ Lee vs. Natalya w/ Blade Hart vs. Angelina Love for the WWE Divas Championship
Kelly Kelly had been a fighting champion ever since winning the Divas title back at the Royal Rumble. Kelly made a tag team pact with Angelina to fight off AJ Lee and Natalya at Elimination Chamber, but soon it was every woman for herself. Alliances were broken and every Diva knew that their could only be ONE Divas Champion.
Winner: AJ Lee (NEW Divas Champion)

Match #5
The Undertaker vs. The Big Show vs. The Miz
The Big Show and the Miz had been arguing over who was going to get the shot at Undertaker’s Wrestlemania streak, feuding all the way from late December to early April. An executive decision was made that both men would get their shot Undertaker in a triple threat match.
Winner: The Undertaker

Match #6
Roman Reigns (c) vs. Novakaine w/ Satisfaction for the WWE United States Championship
Roman Reigns made a big name for himself after breaking away from the Shield, his biggest victory coming when he defeated the seemingly unstoppable Novakaine for the US title. It wasn’t long before Satisfaction had sicked Novakaine on his rival, telling his client to win the United States gold back at any cost.
Winner: Roman Reigns

Match #8
The Rock vs. Ryback w/ Satisfaction in a Last Man Standing Match
Ryback and his handler, Satisfaction, had been a thorn in the Rock’s side in the past few months. After suffering a loss against Ryback at Wrestlemania 29 in a triple threat also featuring John Cena, the Rock was looking for revenge, especially after the hellish torment at the hands of Satisfaction.
Winner: The Rock

Match #9
John Cena (c) vs. Batista vs. Brock Lesnar for the WWE World Heavyweight Championship
John Cena had been a fighting champion ever since beating the conniving Chris Jericho. After a brutal attack at the hands of Brock Lesnar, it seemed as if Cena had met his match… until Batista inserted himself into the picture. It was decided by the power that be that Cena would defend his title against both men in a triple threat.
Winner: John Cena

Match #10
Eva Marie vs. Lacey Von Erich in a Playboy Pillowfight match
It was only a matter of time for “Red Hot” Eva Marie to land the cover of Playboy. It wasn’t until she began rubbing it in everyone’s faces that Lacey Von Erich took exception to it. The two beautiful Divas had been clawing at each other ever since – even involving Eva’s boyfriend Mike Bennett and Lacey’s cousins Ross and Marshall – and were set to fight it out at Wrestlemania.
Winner: Eva Marie

Match #11
CM Punk (c) vs. Daniel Bryan for the WWE Championship
It was a true underdog Cinderella story for Daniel Bryan. After winning a 40-man Royal Rumble, Bryan kept his decision to himself as he fended off then-rival Cody Rhodes. After stating that he would chase Punk’s WWE Championship, the two ring technicians would collide at the main event of Wrestlemania.
Winner: Daniel Bryan (NEW WWE Champion)

Mine’s A LOT better than the real one, isn’t it?