As a gamer — not a hardcore, intense gamer, but a gamer nonetheless — I always finish a (good) game and sit there and think “Man, I wish someone would make this into a movie so I can see it unfurl in live-action!” Hint hint, Last of Us. In saying that, there are sometimes when I think about punching myself for ever letting such a thought enter my head.

The following list compiled by myself are the worst excuses of live-action video game film adaptations ever made by humankind… ever. With these movies, maybe it was best left to the imagination… potentially change “maybe” to “definitely” and you’ve got yourselves a deal. 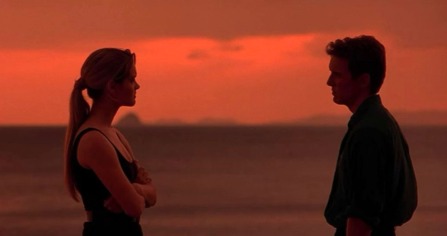 Sonya and Cage having a heart to heart. Naw.

Of all the fighting game series that I have been introduced to in my twenty-year life span, Mortal Kombat is without a doubt my favourite, what with all the blood, gore and flying fireballs. And then they made a live-action movie. Granted, I was two when this movie was released but this movie is so atrociously bad that I enjoy it. The acting is really terrible saved only by the staunch badassness by Bridgette Wilson. The graphics are so cringeworthy, Ed Boon must’ve been rolling around in his grave. And he isn’t even dead. Also, why is Goro made out of plastic? 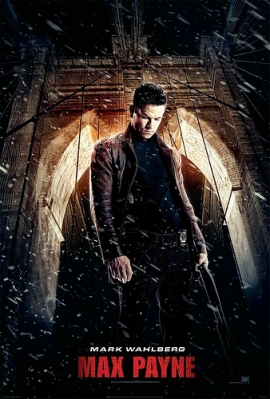 Why so serious, Marky Mark?

I’ve played maybe one Max Payne video game in my entire life and didn’t find it all that enthralling to be honest, but I at least had a fair idea of what should happen if it were made into a live action movie. Noting that they cast one of my personal favourites (Mark Wahlberg), I was expecting a pretty badass movie. What I received, however, was a cluster of confusion and “what the hell is going on?” I literally do not understand what happened in the movie – at all. People were shooting on a drug called valkyr which made the user hallucinate and see valkyrie flying in the air… and then they’d die. And Mila Kunis was in there somewhere. The solid acting of Mark Wahlberg is probably the only thing that is watchable about this film. God bless you, Marky Mark.

Another solid fighting video game series that decided to go the mile and make a live-action film was Street Fighter. With the casting of Jean Claude Van Damme who was probably the biggest Hollywood star at the time, what could possibly go wrong? Hmm, maybe everything, as it turned out. The acting, even on behalf of JCVD, was terrible. The characters were so far from the actual characters from the game, you wouldn’t even know who they were – Ryu and Ken, the main badass guys from the series, were made out to look like obnoxious teen dweebs. Let’s not forget to mention the blatant sexism in the movie; whenever Cammy and Chun Li interacted with each other, a comment about the other’s physical appearance was made like they were catty high school girls. Was that absolutely necessary? The saving light of this movie? JCVD is amazing.

At least Roger Huerta was something to look at?

Speaking of fighting video game movie adaptations that got characters so wrong that it was sometimes hard to watch… here’s Tekken! Ever since Tekken 4, Christie Monteiro has been my go to gal, what with her cool capoeira moves and “Go easy on me!” starting line. Everyone and their dog know Christie’s fighting style is capoeira, so when (movie version) Christie announced she done some form of mixed martial arts… needless to say I was very disappointed. Not only that, but the serious no-bullcrap Nina was replaced by a promiscuous, Maxim covergirl lookalike who enjoyed her sister’s company – none of which are apparent in the game. Also as a sidenote, the storyline and fighting were atrocious. I was very, very unsatisfied by this film so much that I was angry that I had spent time watching it.

One of the pioneers of the horror genre of video game, Alone in the Dark has had a cult following since its inception. When it was announced that Christian Slater and Tara Reid were cast, you would expect a pretty good movie. Wrong! So wrong! This movie had several plot holes, shotty acting and Tara Reid’s role in the movie was rather unnecessary other than something to look at and a romantic foil for Slater’s character. It had absolutely nothing to do with the video game series besides the character’s names and, just like the Tekken movie, I was angry that I had sat down and spent time to watch it.

They’re so happy, probably because the movie’s over.

One of the best things to happen in the year of 1993 was the birth of yours truly. One of the worst things to happen in that year, however, was the Super Mario Bros. live-action film that was so terrible, I would much rather eat a chilli soup than sit down and spend the near hour-and-a-half watching this. If there was one video game (series) that was pretty much destined to NOT turn into a live-action film, it was Mario and his whacky adventures. There was absolutely nothing right about this movie, besides the fact that Mario wore red and Luigi wore green. Definitely, in my humble opinion, the worst video game film adaptation ever. So far, at least.

So a quick wrap-up note to all the budding directors out there who may want to turn one of my favourite video games into a movie (cough cough Last of Us). Do so at your own peril, because if you portray it wrong, a bunch of nerds will be on your case so fast you won’t even have time to scratch your buttocks.