If I had to choose one term that I hate with a fiery passion to abolish, it would be “plastic fob”. Never heard of it? Let me explain. 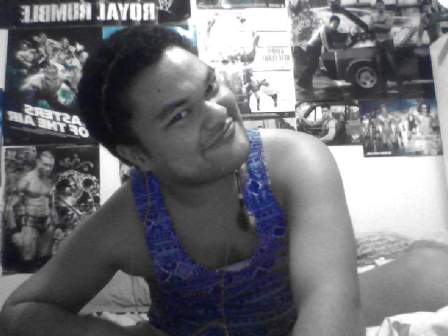 To those of you who don’t know me, my cultural background is Maori, Samoan and a dash of Irish in there somewhere. I was born in Australia so I identify myself as being Australian but will never hide my cultural background. I am proud of my pacific roots and embrace my culture – maybe not to its full extent, but I still love and acknowledge where my ancestors have come from.

As I have had a “traditional” Australian upbringing in the beautiful country town of Bathurst, I’m not as cultured as someone who was born and raised in the islands; I don’t know all of the cultural norms and I don’t speak neither fluent Maori or Samoan (not for lack of trying, I have pestered my parents to teach me on numerous occasions). In fact, I speak better Portuguese than I do either of those languages.

Does that make me any less Samoan or Maori than another child of the pacific? No, it doesn’t. As people who are normally stereotyped as easy-going and friendly, why are some Polynesians so bitter towards each other?

This is where “plastic fob” comes in. A plastic fob is, basically, someone who has a cultural background from the Pacific Islands yet doesn’t act or behave like a “normal” Polynesian would. That is what pisses me off. I get this term branded on me by so many of my own people who don’t even take the time to actually get to know me. My best friend, who had a similar upbringing as me and who is half Samoan and half Italian, has the same issue as me; we went through a lot of the exclusions just because we were “plastic”. I know some of my siblings have to deal with this kind of, dare I say, bullshit, as well.

Let me put this on the record: I am not plastic. I am not pretending to be anyone but me. I am who I am. Just because I am not musically gifted in singing or playing acoustic guitar does not make me any less Polynesian than it does the guys from Nesian Mystik. Just because I am not working in some form of security does not make me any less Polynesian than my big brave cousin who does. I haven’t been to neither of the homelands (New Zealand or Samoa just FYI), but you try and put me on a plane and you will see how difficult of a task that is (see attached).

I get judged a lot just because I am a lot different to the “stereotypical” Polynesian man and have been called a “plastic fob” many times in my life and sometimes worse. It’s ridiculous.

Please, my fellow Polynesians, whether you be Samoan, Tongan, Fijian, Niuean or Maori, we need to learn to stick together and not judge one another just because we’ve had a different childhood. One of the things I most enjoy about our culture is how I can bump into someone whom I’ve never met before and still say hello or give a polite nod just because we have that same cultural similarity. We are some of the most beautiful people on the planet so let’s not change that and let’s please abolish the term “plastic fob.” It tells a better story about the insulter than the insultee.

My name is Nikki. I am Maori. I am Samoan. I am Irish. I am a journalist. I am a rugby league enthusiast. I am video gamer. I am a horror movie lover. I am a country head. I am a pole dancing student. I am my own person. I am not plastic.